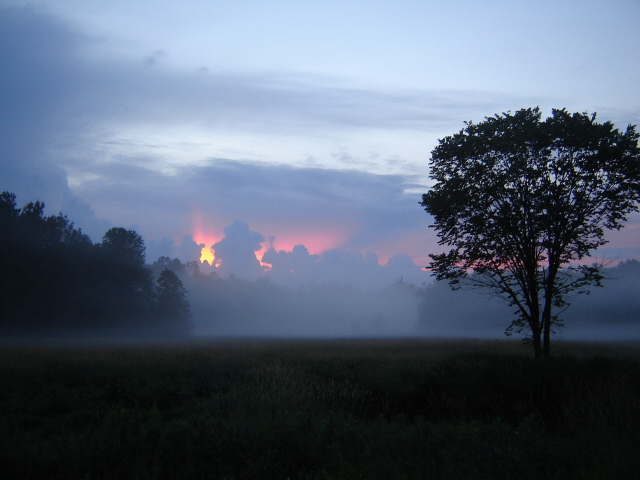 Read an Excerpt From Singing Meadow

This is my inspirational story of searching for and creating a small simple home in a beautiful natural setting. 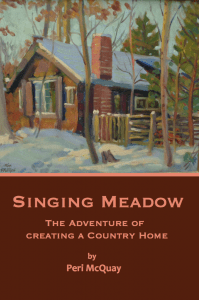 For thirty years, we lived at Foley Mountain, moving as freely and joyously as the resident park deer herd, scrambling over granite ridges, hearing the swelling wind in the pines, sitting watching the ice form on remote ponds. While there, we raised our two sons, Morgan and Jeremy, and each of us was lucky enough to discover our true vocation. Barry was passionately committed to teaching environmental education to thousands of school children of all ages. Rejoicing in living closely with the rocks, ponds, abandoned fields and forests of the area, I found that I too was eager to share what I was discovering and began the writing which eventually lead to my nature books, The View From Foley Mountain and A Wing in the Door.

It was a rich life, full of delight in our surroundings close to the land, and blessed with many friendships. But in time, change made living within a park less desirable for us. Sometimes, when there was talk of harvesting the beloved pines and shag-bark hickories to turn profit for the hard-pressed conservation authority, I could only wish I owned this cherished land and could prevent ravages to it. After the election of a neo-conservative provincial government, fund-raising consumed increasingly large amounts of the time Barry used to spend caring for the park, and sharing its lessons with visitors. He saw poor people turn away from their park as he administered the new gate fees which put an end to equal access for all; he saw that children from the more impoverished areas no longer were able to take advantage of his education programs, and ones from more affluent schools came less often. Inevitably staff meetings became simply times to wrangle about money, rather than a sharing of ideas about how to make services work more effectively. “I’m a teacher, not a fundraiser,” he stormed. “Wrapping coins and coming up with new ways to tease a few dollars out of people is not how I want to spend my life.”

Over the years, with the help of the warm-hearted community nestled below “the mountain”, we had achieved what we wanted—assurance that this beautiful park would continue to be cherished and that the environmental education program Barry had developed would continue. Ironically, though, this very success made Foley Mountain less of a home for me.

For a writer, living in an office-home where the phone rang frequently and people dropped in any time of day or night, was difficult. Solitude and reflective time are essential for me. It was painful to abandon my train of thought to talk with the increasing numbers of visitors who now walked the trails and who stopped by our house, or phoned at all times of the day and night. As the town and the park became busier, there was rarely a time of quiet to walk the trails overlooking the lake. Even when I walked out before dawn in winter to listen for owls, my hearing was dimmed by the grinding gears of heavy trucks ascending the big hill just west of the park. I longed to create a sense of sanctuary for myself. Living in the old rented farm house within the park was both a requirement and a benefit of the job. Once, we had wished for nothing more than to live in the park forever. Now, as Barry’s retirement approached, we accepted that the residence would be needed for another supervisor but we also recognized that it was time for us to leave. Only this meant that we would need to find another place to live.

For the first time in our lives we would be in a position to own a home. In my mind I was starting to shape plans for a much-longed for country home of my own. In my mind, I called it Heart’s Desire.

Back to Singing Meadow
Scroll to Top